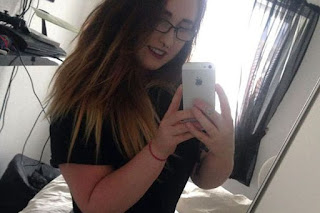 A British teenager has spoken of her horror after her first foreign holiday turned into a bloodbath following terrorist attacks on Tunisia yesterday.
Abbie Douglas, 19, from Wallsend, was enjoying her her first trip abroad with her boyfriend and without her family.


But yesterday her dream getaway turned into a nightmare when jihadi gunmen opened fire on tourists in Sousse, the Newcastle Chronicle reports.
“We were sunbathing when we heard a bang but we just thought someone had dropped something heavy” said the 19-year-old, who is on a Jet2 package holiday from Newcastle Airport with 22-year-old boyfriend Sam Younganan.
“There were a few more [bangs] but we didn’t know what was going on.
“Someone said there was a shooting and everyone ran inside.”
The pair were sunbathing beside the pool at the Soviva Resort, which was opposite the under fire Hotel Riu Imperial Marhaba in the Port El Kantaoui neighbourhood, when they heard the gunfire.
Wearing just a bikini Abbie took refuge in the hotel and along with a group of fellow tourists, she and Sam blockaded themselves in.
“People have been struggling to get hold of their families,” she added.
“I spoke to my brother and my mam so they know I’m safe.”
Speaking in the aftermath of the attack Abbie was still shaking but said things were beginning to regain some sense of normality in the hotel though no one could enter or leave the resort.