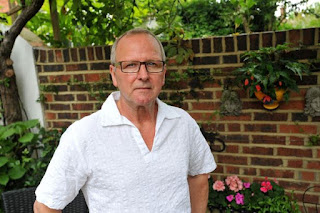 A devastated cat owner feared for his pet's life if he did not pay up a £1,500 ransom to have her returned safely.
Maggie the house cat disappeared after slipping out of a front door in North Kensington.


Nigel Meadows was later told he would have to pay a ransom to see the one-year-old pedigree British short hair blue again.
He said he feared for the cat’s safety if the money wasn’t paid, reports Get West London.
The exchange took place in a pub car park in Brentwood, and now Mr Meadows is keen to let others know what happened to him.
Mr Meadows, a retired community safety officer, said: “People go all soppy and are devoted to their pets and these characters know you will pay money.
"It’s heartless.
“I was staggered. I couldn’t believe someone could do that.”
Maggie had slipped out of her home, in Wallingford Avenue, on the morning of June 4.
When Mr Meadows realised she was missing he and his partner spent hours looking for her, and he hammered up missing fliers the following day.
It included several numbers, including his partner’s brother Malcolm, who received the first of three calls that day from men with eastern European accents.
“At around mid-afternoon he got a phone call.
"The guy was quite menacing, he just said we have your cat and demanded £5,000 to have it back.
"He certainly gave the impression she would be harmed if we didn’t pay up,” said Mr Meadows.
A second phone call followed that same day, and this time the asking price was reduced to £2,000.
On June 6, the final call was made setting a meeting point in the pub car park.
Mr Meadows’ brother in-law went with a friend and met three people. He identified the cat and managed to knock another £500 off the asking price.
The 62-year-old was relieved to have his cherished pet returned, but angry at what had happened.
He said: “I was stunned and furious when we got the calls. This is nothing short of abduction.
“They haven’t found a cat and asked for a reward, they’re demanding money with menaces.
“Now we’re anxious to let others know about the dangers.”
He has reported the incident to police.