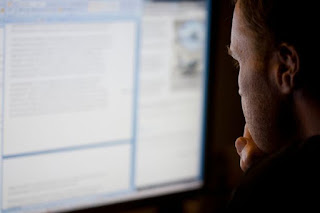 A sick paedophile dad of two is set to be jailed after being caught with more than 56,000 images of children being abused, including kids as young as four being raped.


Police found Colin Green's images on five different electronic devices within his home, with him then being arrested after a raid on his home in Galashiels, Selkirkshire, last July.
The pervert - also a convicted racist - appeared in court last week where he admitted possessing the pictures and videos.
The court heard how Green had “an addiction to pornography” which had escalated into watching filth involving children, the Daily Record reports.
Edinburgh Sheriff Court heard forensic computer experts recovered 56,165 child porn images.
More than 1,300 involved kids aged between four and 15 being raped by men.
There were 84 child porn videos. Almost half showed young victims being raped.
Green admitted possessing the images between July 2010 and last July. He will be sentenced on July 16.
In 2002, the paedophile appeared in court for a race hate protest in the aftermath of the September 11 terror attacks in the US.
Green, who was working as a graphic designer at the time, sprayed the words “Support the USA in its hour of need – kill an Arab today” on a window of his Mazda car.
He later pleaded guilty to acting in a racially aggravated manner.
Green said he had been shocked and upset at the events of September 11 and saw his action as a gesture of support for America.
He told the court: “When I put up the sign, I did not think it was racist. I never gave it any thought.
“It was not against all Arabs, just those who had carried out the attacks.”
At the time, a sheriff deferred sentence on Green for six months for him to be of good behaviour.
In court on Tuesday, his solicitor Edward Hulme said Green had engaged with the Stop it Now programme, aimed at combating child sex abuse, in a bid to tackle his behaviour.