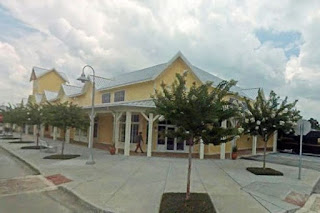 Two mums have turned fugitive after they allegedly shoplifted more than £300 of food - but left behind two 11-year-old girls.


Police are seeking Jessica Barker, 31, and Kristen Grodetz, 25, after the girls were left at a Florida supermarket, reports The Orlando Sentinel.
The women were shopping at a Publix supermarket in Celebration, Florida, when they reportedly were stopped by an employee of the store while leaving with a full trolley and a three-year-old child.
Sheriff's spokeswoman Twis Lizasuain said that they quickly left the scene - and the two 11-year-old girls - behind.
She said: "The kids were right there with them. They just walked out and said they would be back, but never returned."
Police tried to contact the women with numbers the girls gave them, but although one of them said she would come back and collect them, she did not appear.
The children have since been taken into care by the Department of Children and Family Services. Barker is currently on probation for grand theft in Sarasota County.
The sheriff's office of Lee County is seeking the two women on charges of grand theft, child neglect and contributing to the delinquency of a minor.

Email ThisBlogThis!Share to TwitterShare to FacebookShare to Pinterest
Labels: crime