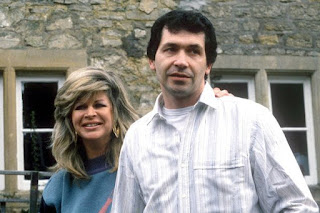 The family of John 'Goldfinger' Palmer - who was shot dead at his home last month - have been left 'traumatised and overwhelmed' by their loss, a spokesman has said.
Notorious gangster Palmer was found dead at the luxury property in South Weald, Essex, on Wednesday June 24.


A postmortem found that the 65-year-old died from gunshot wounds to the chest.
His family have appealed for anybody who may have information about his death to come forward and help police.
A spokesman for the family said: "We are still in shock and trying to come to terms with the enormity of John’s death.
"To lose someone you care about and who is a key part of your family so suddenly is traumatic and completely overwhelming.
"If anyone knows anything about John’s death which could help police please get in touch with them so we can find some answers.”
His family have described his murder as a great shock and are finding the media speculation surrounding the circumstances of his death hurtful and bewildering.
DCI Simon Werrett, from the Kent and Essex Serious Crime Directorate, is leading the investigation. He said: "I am making a further appeal for anyone who was in the Sandpit Lane area between 4pm and 6pm on the day that Mr Palmer died to come forward.
"The area is rural but is used by dog walkers and people out running. We have contacted local running clubs who train in that area to see if their members can help. Any information people may have about any possible suspicious people or vehicles in the area at that time may help us.
"Please get in touch with my team on our incident room on 01245 282103.”
People can also contact the team via email scdappeals@essex.pnn.police.uk. Information can also be left anonymously via independent charity Crimestoppers on 0800 555 111.